Microsoft Teams gets a new app store and new integrations 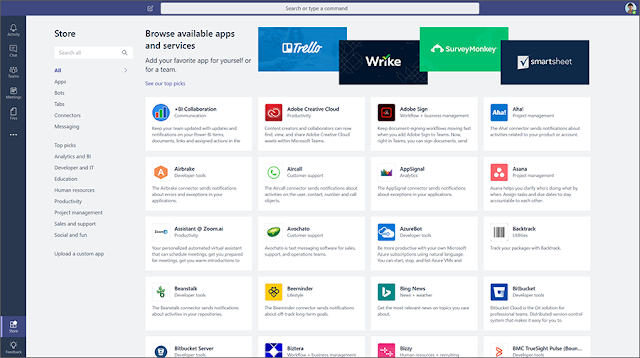 Microsoft Teams gets tighter app integration, revamped command box, slash commands, and a new Store where you can search for apps by name or integration type

New features in Microsoft Teams make it an even more powerful hub for teamwork by enabling you to use apps in new ways—including the ability to command apps and take quick actions from the command box, as well as include content from an app in a conversation. This marks the biggest single release of new functionality since Teams launched last March.