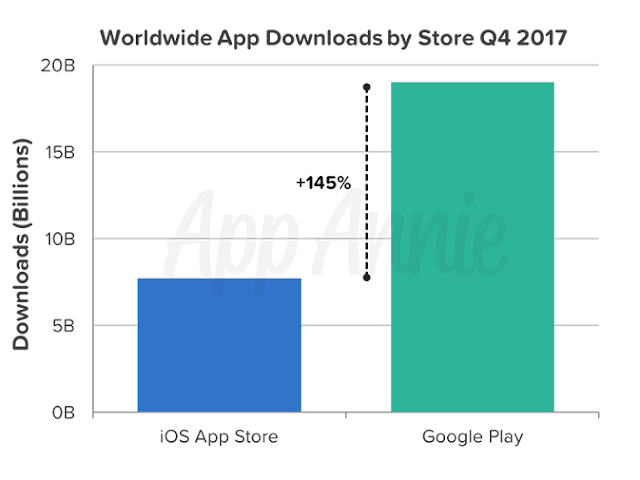 
The app economy set records across the board in 2017, and that explosive growth was especially true at the end of the year as users rushed to the holiday season – fueling peak interest in Shopping, Entertainment and other apps. In fact, in Q4 2017, people downloaded more apps than ever before at nearly 27 million across iOS and Google Play worldwide, a growth of 7% year over year. Furthermore, apps are delivering more value to users than ever before as consumer spend across iOS and Google Play reached new heights surpassing $17 billion worldwide in Q4 2017, 20% growth year over year.