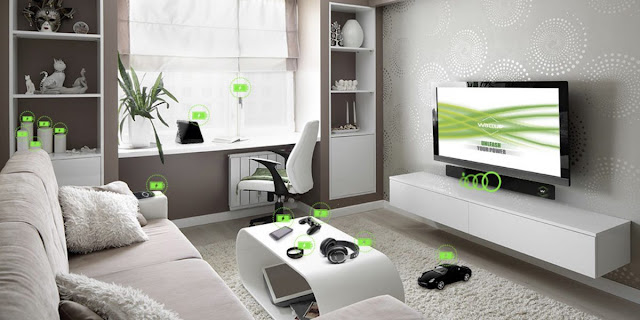 San Jose-based Energous, which is developing wireless charging tech that works from three feet away, says the FCC has approved its product, set for debut at CES

Energous Corporation (NASDAQ: WATT), the developer of WattUp®, a revolutionary wire-free, power-at-a-distance charging technology, today announced Federal Communications Commission (FCC) certification of its first-generation WattUp Mid Field transmitter, which sends focused, RF-based power to devices at a distance. As the first FCC certification for power-at-a-distance wireless charging under Part 18 of the FCC's rules, this development represents a new era of wireless charging, and opens up a tremendous opportunity for the electronics industry.

The company's WattUp Mid Field transmitter can deliver power via radio frequency (RF) energy to WattUp-enabled electronic devices at a distance of up to three feet. As the only technology that can do both contact-based and non-contact-based wireless charging, as well as charge multiple devices at once, WattUp is highly scalable and automatically charges devices, as needed, until they are topped off. While older charging technologies allow for only contact-based charging, Energous is the only company to achieve Wireless Charging 2.0 to-date, which is the ability to charge devices both at contact (including fast charging large battery devices such as smartphones and tablets), as well as power-at-a-distance. Similar to WiFi, the WattUp ecosystem ensures interoperability between receivers and transmitters, regardless of the manufacturer, making the entire ecosystem flexible and accessible for consumers and manufacturing partners.

"Older wireless charging technologies have received limited adoption over the past 15 years, and are confined to contact-based charging only. The FCC certification of Energous' power-at-a-distance wireless charging transmitter is a major market milestone. It opens up options, outside of just contact-based charging, to Wireless Charging 2.0: an ecosystem where devices can be charged both, via pad and at a distance," said Stephen R. Rizzone, president and CEO of Energous. "Untethered, wire-free charging -- such as charging a fitness band even while wearing it -- is exactly what consumers have been waiting for. We are now in a position to move our consumer electronics, IoT and smart home customers forward at an accelerated pace."


"WattUp from Energous represents an incredibly positive lifestyle change," said Martin Cooper, Energous Board of Directors member and 'Father of the Cell Phone' -- a pioneer and visionary of the wireless industry. "This ground-breaking technology allows users to automatically charge their WattUp-enabled devices without having to remove them from their wrist or pocket, plug them in or place them on a mat to charge, freeing them from ever having to think about charging their devices again."