Roku launches a free, ad-supported movie channel of its own 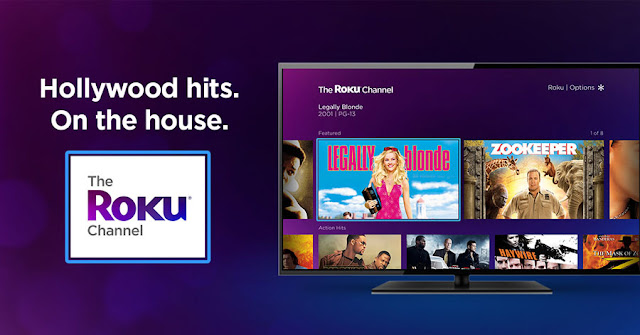 Roku launches its own channel for users of its streaming players, sticks, and TVs, offers ad-supported content, including movies from studios like Warner Bros.

ROKU: There’s nothing better than a movie night, especially when it doesn’t break the bank. Over and over we hear how important free entertainment is to our customers, and today we’re excited to introduce The Roku Channel, a new streaming channel available on Roku players and Roku TVs in the U.S.

Roku has always been a leader in offering free entertainment options for our customers and The Roku Channel is another great option helping to make streaming great movies and more simple and easy.

The Roku Channel channel delivers hundreds of popular movies – at no cost to you. No subscriptions. No fees. No logins required. Just great movies. Choose from an ever-changing selection of award-winners, big screen classics, Hollywood hits you may have missed and much more. And we’ll keep it fresh – you can expect to see new entertainment every month. We also focused on delivering a great advertising experience with, on average, approximately half the advertising per programming hour as compared to traditional ad-supported linear TV as well as other improvements.

You’ll find quality films such as Ali, The Karate Kid, Legally Blonde, and many others from leading studios including Lionsgate, Metro-Goldwyn-Mayer (MGM), Sony Pictures Entertainment and Warner Brothers among others. The Roku Channel also features a broad selection of free entertainment from existing Roku channel publishers such as American Classics, FilmRise, Popcornflix, Vidmark and YuYu (and others over time).