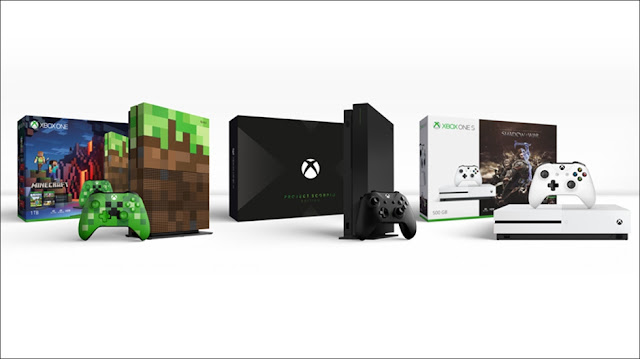 
Microsoft Xbox: Today, during Xbox @ gamescom Live, we announced global pre-orders for Xbox One X starting today, with a limited edition, fan-inspired design of the world’s most powerful console that features a custom color and vertical stand and the words “Project Scorpio” printed on the console and Xbox Wireless Controller. Pre-orders are now open and available here. November 7 can’t come soon enough!

We also revealed more details about the most diverse line-up of games coming to the Xbox family of devices, highlighted by the news that over 100 new and existing Xbox One titles will be enhanced for Xbox One X to take advantage of the world’s most powerful console including Halo 5, NBA 2K18, Wolfenstein II: The New Colossus, ReCore: Definitive Edition, FIFA 18, Star Wars Battlefront II, Below and remastered versions of Disneyland Adventures, Rush: A Disney-Pixar Adventure and Zoo Tycoon. Head on over to Major Nelson for the full list of games planning enhancements for Xbox One X.


Regardless of what type of gamer you are, there has never been a better time to be Xbox fan.