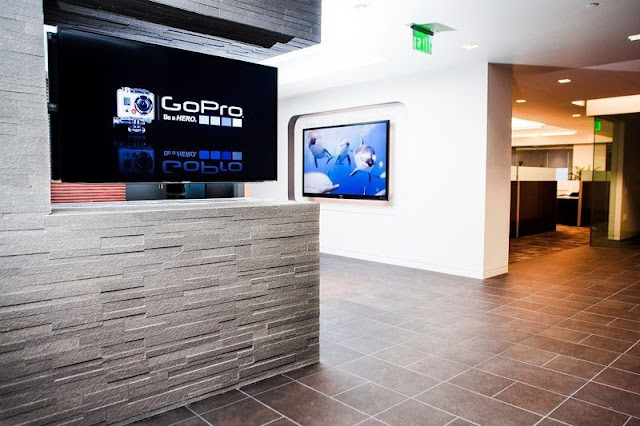 
"GoPro is building momentum," said Founder and CEO Nicholas Woodman. "Strong demand combined with our cost management and margin initiatives contributed to GoPro's EBITDA positive performance in the second quarter. HERO6 and Fusion, our 5.2K spherical camera, are on course to launch later this year and we continue to track toward our goal of full-year, non-GAAP profitability in 2017."


Recent GoPro Highlights:
QuikStories launched on July 27. The new GoPro app feature automatically pulls footage from a HERO5 camera and creates ready-to-share videos on your phone. QuikStories are polished, shareable videos featuring customizable music, filters, and effects. "We believe QuikStories is a game changer - it represents our biggest leap forward in ease-of-use since the invention of the GoPro, itself," said Founder and CEO Nicholas Woodman.
Second Quarter revenue was $297 million, up 34% year-over-year and 36% quarter-over-quarter. Adjusted EBITDA was $5.1 million.
Sharp focus on inventory and channel management resulted in a 39% reduction in inventory quarter-over-quarter; forward weeks of supply in the channel is down 25%. Both position us well for upcoming product launches.
Global sell-thru of cameras increased 18% sequentially. Additionally, camera sell-thru above $300 was up 13% year-over-year, including 7% in EMEA and 194% in Japan. According to GfK, camera unit sales in Japan are up 164% and dollar sales are up 147% year-over-year in the second quarter.
HERO5 Black was the best-selling digital image camera in the U.S. in the second quarter, according to The NPD Group's Retail Tracking Service.
More than 50% of GoPro's revenue was generated in markets outside of the U.S. in the second quarter.
Demand for GoPro was high on Amazon Prime Day (July 11). A HERO Session bundle sold more than ten-times the weekly run-rate; HERO5 Black was offered with no discount and moved the equivalent of a full week of normal sell-thru in just one day.
The Quik mobile video editing app was installed 5.6 million times in the second quarter, a year-over-year increase of 84%. Second quarter monthly active users were up 112% year-over-year. China represents Quik's second largest user base globally. Capture App (now the GoPro App) total monthly shares in the second quarter were up over 30% year-over-year.
GoPro gained 1.6 million new social media followers in the second quarter. Instagram followers were up 39% year-over-year to 13.7 million in the second quarter, with a 94% increase in international followers. Facebook video views of GoPro content reached 58.3 million in the first half of 2017, up almost 60% year-over-year. YouTube videos of GoPro content in the first half of 2017 have seen a 65% increase in median organic viewership per video year-over-year.
GoPro was honored with the prestigious Red Dot design award, taking Best-of-the-Best in Product Design for both Karma and HERO5 Black.
GoPro's drone, Karma, was the #2 selling drone brand in the U.S. in the second quarter, according to the NPD Group's Retail Tracking Service.