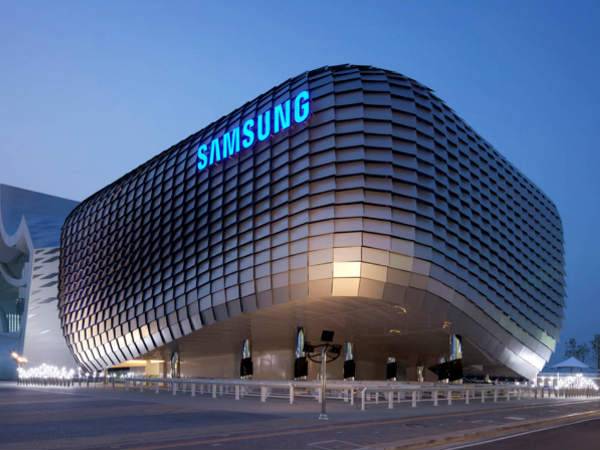 In the second quarter, the components businesses drove significant earnings growth, both YoY and QoQ, thanks primarily to strong memory demand for high-density DRAMs and SSDs for servers. System LSI contributed to earnings through increased sales of AP and CIS products while the Display Panel Business expanded sales of flexible OLED panels for premium smartphones and high-value LCDs under stable prices. Profits from the Mobile Business, driven by robust sales for the Galaxy S8 and S8+, also increased significantly QoQ.

The Mobile Business saw a significant increase in earnings QoQ with the global rollout of the Galaxy S8 and S8+. However the operating profit margin declined slightly YoY due to strong component prices. Earnings for the TV business declined due to increased panel prices and slow demand from Europe and China. For the home appliances business, continued B2B investment led to a decline in earnings YoY.

Regarding Harman’s earnings in the quarter, it registered solid results from operations with USD 1.9 billion in sales and around USD 200 million in operating profit. However, with costs associated with the acquisition, net operating profit was approximately USD 5 million. Samsung expects such costs to continue to impact Harman’s results by an average of USD 100 million each quarter for the next few quarters.

Looking ahead to the third quarter, the company expects favorable semiconductor conditions to continue, although overall earnings may slightly decline QoQ as earnings weaken for the Display Panel and Mobile businesses. For the Display Panel Business, an increase is expected in initial start-up costs for the new OLED production line, and intensifying price competition is forecast from LTPS LCD in the mid- to low-end rigid OLED segment. For the Mobile Business, earnings are forecast to decline due to increased marketing costs related to the launch of a new Note device, with reduced profit contributions from the Galaxy S8 and S8+.

Moving on to the outlook for second half, the company expects earnings to grow primarily from the component businesses, as conditions in the memory market are likely to remain favorable and the company expects increased sales of flexible OLED panels. However, ASP pressures on LCD panels and on rigid OLED panels, prompted by the industry’s increase in LCD supply, may remain a concern.
For the Memory Business, solid demand for servers and mobile devices will continue due to the expansion of new server platforms, cloud services and new smartphones to market in the second half. By expanding the supply of 1Xnm DRAM and 64-layer V-NAND, Samsung will further enhance product competitiveness.


The System LSI and Foundry businesses are also expected to post positive results, while the display segment anticipates an increase in revenue from the expanded supply of flexible OLED panels.

The Mobile Business will aim to sustain the strong sales momentum of premium smartphones through the release of a new Galaxy Note smartphone and continued sales of the Galaxy S8 and S8+. It will also continue to improve the lineup efficiency in the mid- to low-end segment to maintain profitability.


For the TV business, Samsung will focus on improving profitability by expanding its high-end offerings, including ultra-large size and UHD TVs. Additionally, the company expects to solidify its leadership in the premium segment with products such as The Frame and QLED TVs. Meanwhile, the Digital Appliances Business will seek to improve profits in the B2B segment.


Looking at the mid- to long-term, the company will strongly focus on enhancing the competitiveness of the company’s core businesses. To this end, Samsung will reinforce its technological leadership in the semiconductor and OLED industries and will focus on strengthening its design and manufacturing capabilities to transform the System LSI and Foundry businesses as future growth engines.


To respond to a paradigm shift in the IT industry, the company is set to develop new growth engines by making strategic investments and securing advanced technologies through M&As. Challenges lie ahead, however, due to volatilities in the global business environment.


Total capital expenditure (CAPEX) executed in the second quarter was KRW 12.7 trillion, including KRW 7.5 trillion for the semiconductor business and KRW 4.5 trillion for the display segment. Although the capex plan for 2017 has not been finalized, the annual capex is expected to be significantly higher than the previous year.

The Memory Business plans to expand the Pyeongtaek fab to respond to increasing demand for V-NAND. The business also expects to spend capex on converting a part of existing planar capacity to V-NAND. Despite the increase in 2017 capex for the Memory Business, the memory supply outlook of Samsung for this year remains unchanged. The Foundry Business is increasing 10nm capacity to address demand for cutting-edge process technology. In addition, it expects to allocate sizable capex for converting part of line 11 from DRAM to image sensor production in the second half. Further, Samsung is continuously investing in flexible OLED capacity to respond to increasing demand from customers.