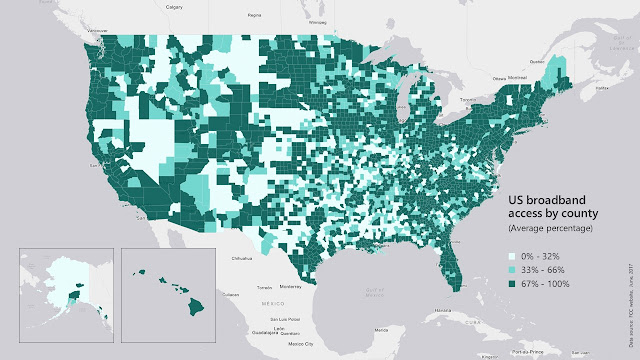 Today’s event takes place at the Willard Hotel, in the same building where 800 of America’s most prominent leaders in science, business, art and government convened 101 years ago to honor Alexander Graham Bell’s patent for the telephone and look to the future of long distance communications. That event, called “Voice Voyages,” was sponsored by The National Geographic Society and featured the unprecedented public demonstration of coast-to-coast telephone capability that would connect every community large and small across the nation.

A century later, a new generation of connectivity issues are arising at a critical time. Broadband connectivity is no longer simply a luxury for streaming YouTube videos on a tablet (as enjoyable as that may be). It has become a critical connection to a better education and living. New cloud services are making broadband a necessity to start and grow a small business and take advantage of advances in agriculture, telemedicine and education. In short, broadband has become a vital part of 21st century infrastructure.

Yet today 34 million Americans still lack broadband internet access, which is defined by the Federal Communications Commission (FCC) as a 25 Mbps connection. Of these, 23.4 million live in rural parts of our country. People who live in these rural communities increasingly are unable to take advantage of the economic and educational opportunities enjoyed by their urban neighbors.


Yet despite this glaring disparity, real progress to close the rural broadband gap has plateaued in recent years. High costs, the absence of new and alternative technologies, and market and regulatory conditions have all hampered efforts to expand coverage. But this is changing, thanks to recent advancements in technology, newly adopted standards, business model innovations and a growing demand for broadened cloud services.