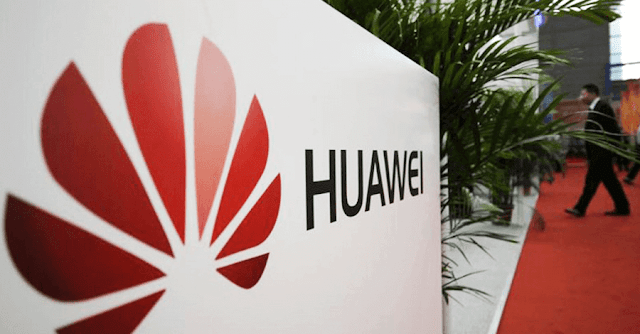 Huawei CEO confirms full-screen display on upcoming Mate 10, as company reports Q2 results, and says it is giving up on very low-end devices

Richard Yu, chief executive officer of HUAWEI's Consumer Business Group, said, "Our Consumer Business Group continued to deliver extraordinary growth, beating the industry average and penetrating high-end markets around the globe. This ongoing growth is testament to the strength of the HUAWEI brand and the momentum we've built through delivering premium, market-redefining devices that resonate with today's discerning consumers."

In Q1 2017, HUAWEI's market share rose to 9.8 percent of the global smartphone market, according to industry analysts IDC. This growth was driven by a significant increase in sales of mid-range and high-end smartphones in key geographies. In Greater China, HUAWEI laid claim to 22.1 % of the market where shipments increased by 24 percent year-over-year. HUAWEI also saw rapid growth in smartphone shipment across Europe, reporting 18 percent year-over-year growth with particularly robust performance in Central and Eastern and Nordic Europe. The HUAWEI Consumer Business Group also experienced major breakthroughs in Asia-Pacific markets including Thailand, Malaysia, Japan and South Korea. Russia also grew strongly. Meanwhile, according to the research of GfK and Sino, HUAWEI's Honor brand consecutively topped both the Internet smartphone sales volume and sales revenue in China from January to May, 2017.


"HUAWEI devices have resonated with global audiences because of our clear commitment to quality, experience and innovation," continued Yu. "With a robust consumer devices ecosystem that includes critically acclaimed smartphones, tablets, wearables and now PCs, consumers know that they can trust HUAWEI to deliver the kind of experience they're looking for in a premium device."


As HUAWEI's brand presence grows, so too will its sales strategy. HUAWEI is set to grow its expansive retail network, reaching 56,000 retail stores worldwide by the end of 2017 – an increase from 35,000 in May 2016. These stores reflect the high-end, premium image that HUAWEI has cultivated around the world.

Looking ahead, HUAWEI expects to spur continued growth as the company pushes its devices further through innovations in artificial intelligence and machine learning that will drive the new "smart era" forward. The Consumer Business Group is committing to delivering intelligent devices that anticipate users' needs and fit more organically into the way people work and live.

Across its 15 global research centres and 36 joint innovation centres, HUAWEI is working on new technologies including sensors, data management and advances to its Kirin chipset that are designed to bring this type of functionality to the marketplace. HUAWEI is also complementing its own innovation by collabourating with industry-leading companies such as Leica, Dolby, Microsoft, Intel and Google.

Through these efforts, HUAWEI will continue to delight customers, challenge the industry, and build a Better Connected World.