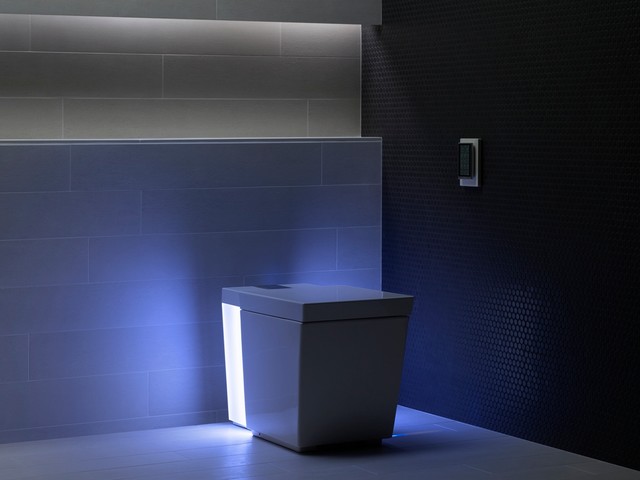 Times are changing, technology is shaping our ways of life, and it’s impact on our lives cannot be overemphasized. Years ago, making use of the toilet is as easy as taking a dung and flushing it.

Now there are various sophisticated toileting system that would leave you in great amusement. If proper care isn’t taking, you might end up looking clueless if you’re using one of the modern toileting system for the first time.

Either you have a bidet toilet or the regular America standard toilet seat, the best of toilet seat makes the whole process super comfortable. Discussed in this post are some superb features that are currently found in modern toilet that might make you decide to get a new hi-tech toilet seat.


Heated Seat: Lots of people (myself included) hate siting on cold toilet seat, especially in the morning. Modern toilet seat are designed to eliminate this problem. Most of the hi-tech toilet comes with an option to heat the toilet seat before sitting down on it. The temperature adjustment for the seat ranges from 20 to 25degree above the standard room temperature. Who says you can’t enjoy sitting on the toilet on a cold winter morning?


Auto-Flush: The in-built sensor detects when user is done using the toilet. Based on the model or brand, the auto flushing feature is triggered either when the toilet lid is closed or when the user stands up from the seat. This feature is highly beneficial as it keeps the whole process automated, significantly reducing the exposure to germs that lurk around the flush handle.


Self-Cleansing: This feature is really amazing, and it’s one of the major things that distinguishes a high-tech toilet from the regular toilet seat.

Just like the name suggest. It automatically cleans your butt when you’re done using the toilet. With a control pad attached to the side of the seat, you get to set the pressure, position as well as the temperature of the water that get the job done.


Scented Toilet: No matter how clean you are, toilet (bathroom in general) has a way of giving out it’s own smell; it does not necessarily have to be a foul smell. Most high-tech toilet have this issue taken care of. They automatically release a nice scent into the atmosphere after every usage. Some model will allow users to set an interval for release of the scent, either the toilet is in use or not.


Illumination: Females find it difficult to understand why males can’t target the toilet accurately and not spill their urine over the place. In most cases, it’s because we don’t focus on getting it done appropriately. In other cases, it’s because we walked to the bathroom barely awake, and the illumination is poor, making it difficult to target properly.

Modern high-tech toilet comes with illuminated toilet bowl, which is triggered by sensor as user approaches the toilet.


Music: Some models have music features. Although you don’t get to choose your own song, but rather the pre-loaded genre is played as you get the job done.

Our world is changing on a very large scale, and technological advancement is making life more bearable for the human race, what more can a man ask for as far as comfort and luxury is concerned.