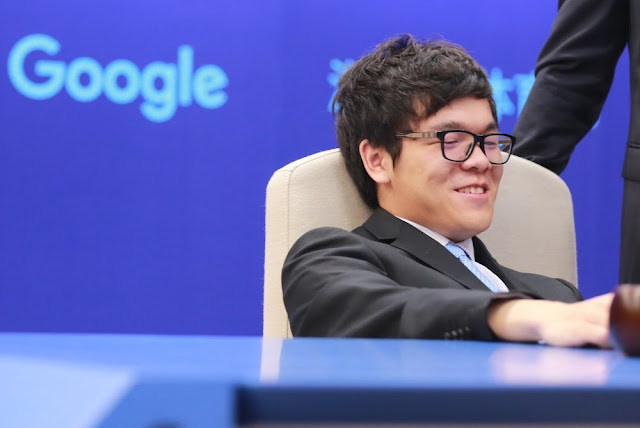 With just three stones on the board, it was clear that this was going to be no ordinary game of Go.

Chinese Go Grandmaster and world number one Ke Jie departed from his typical style of play and opened with a “3:3 point” strategy—a highly unusual approach aimed at quickly claiming corner territory at the start of the game. The placement is rare amongst Go players, but it’s a favoured position of our program AlphaGo. Ke Jie was playing it at its own game.


Ke Jie’s thoughtful positioning of that single black stone was a fitting motif for the opening match of The Future of Go Summit in Wuzhen, China, an event dedicated to exploring the truth of this beautiful and ancient game. Over the last five days we have been honoured to witness games of the highest calibre.