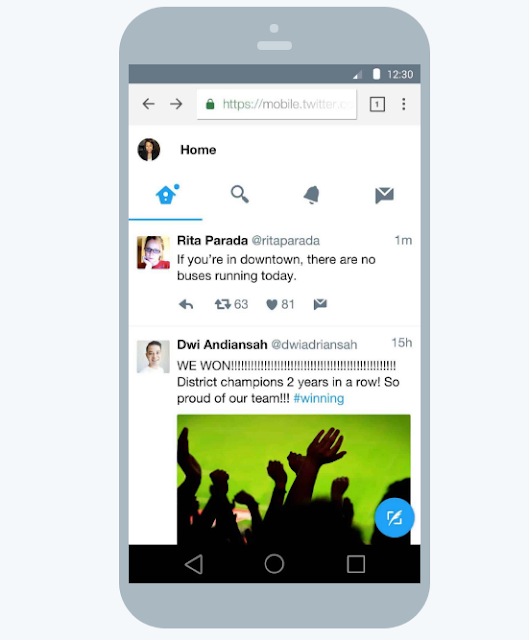 
Every day, millions of people in India use Twitter to see what’s happening right now and to talk about it - from the recent State Elections to the 2017 IPL Auction to this year’s Union Budget to India’s 68th Republic Day to the 62nd Jio FilmFare Awards and more. However, we also know that there are many Indians who have never tried Twitter or had a poor experience using our service because of slow mobile connections, expensive data plans, or lack of storage on mobile devices.


To overcome these barriers, we are excited to launch Twitter Lite via mobile.twitter.com - our new mobile web experience is optimized for speed with up to 30% faster launch times, reduces data usage up to 70% with data saver mode turned on, and takes up less than 1MB on mobile devices. Twitter Lite is also accessible to anyone with a smartphone or tablet with a browser, even for people without an App Store or Google Play account. Of course, Twitter Lite still provides the key features of Twitter as well as app-like performance such as a wide range of push notifications and offline support. For more info about Twitter Lite, please click here.

Twitter Lite is now globally available via mobile.twitter.com and supports 42 languages including six Indic languages: Hindi, Bengali, Kannada, Tamil, Gujarati, and Marathi. To find out more about Twitter Lite, you can visit lite.twitter.com.