Being able to develop Android applications on a Linux operating system is something that developers have been working on for a while. In the past, attempts such as Shashlik, have been unsuccessful, but that may be about to change. The lead software engineer at Canonical thinks that he may have cracked it. Simon Fels has been working on the project since 2015, and it is about ready to be released. 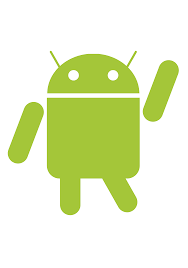 The general idea behind Anbox was to take the Android operating system, contain it, and transfer it over to the Linux operating system. It won’t give you any access to the hardware, it will instead act in the same way that an emulator does. This means that, at the moment, the functionality is limited, but developers are working on widening the scope. The eventual goal is to be able to use Linux to develop apps with all of the same possibilities that you get with Android. The developers have run into a lot of obstacles over the last few years, but now they are at a point where they can release an early version. 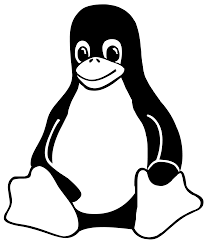 Where Are We Now?


Currently, the open-source application has been through various functional testing types and is holding up fairly well. It is only in its pre-alpha stage so there are naturally going to be some hiccups. You can expect crashes and bugs, but you will still be able to develop apps with it.


In its current state, Anbox can only emulate the input, audio and display functions of the Android operating system. That means that if you want to develop an app that relies on hardware such as the camera, you won’t be able to run it properly.


Some companies have already started using this primitive version of Anbox to develop apps, but they are keeping the details quite close to their chest.


What Is The Next Step?

Moving forward, Canonical have said that their main priority is to iron out any glitches in the pre-alpha version so that Anbox runs a lot more smoothly. From here, they are going to look into increasing the functionality, so that developers can create apps that rely on hardware that they cannot currently build with. Once this is achieved, Anbox will allow users to develop apps on Linux with all of the features of software that was created on the Android platform itself.


The creators of Anbox hope that by bridging the gap between the two operating systems, they can increase the size of the Android developer’s community by making it far easier to create apps. Being able to run Android software on Linux will negate the need to code two separate applications, making it far less time consuming to create cross-platform apps.


However, some people argue that Anbox isn’t all it’s cracked up to be. Its utility has been called into question, as mobile apps are designed to be run on mobile, and desktop apps on a computer. Is there really as much demand for this as people say there is? Another issue that people have is the fact that Anbox is focussed on Linux. It might be more useful if we were able to port Android to Microsoft instead.
The future of Anbox is up in the air at the moment, but it could revolutionize the way that apps are developed.