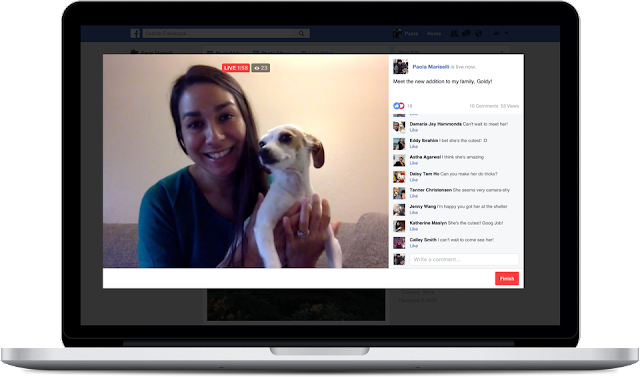 Facebook opens Live streaming up to PC users using built-in or third-party cameras, expanding it beyond Pages to all accounts

Facebook: We’re excited to announce that, as of today, people around the world can broadcast live video to Facebook from their desktop or laptop computers. While it’s been possible for people to go live to Facebook from mobile devices since last year, desktop or laptop computers provide a stable camera setup that can be beneficial to many types of Facebook Live broadcasts — from Q&As to vlogs to tutorials to any broadcast from someone who isn’t on the move.