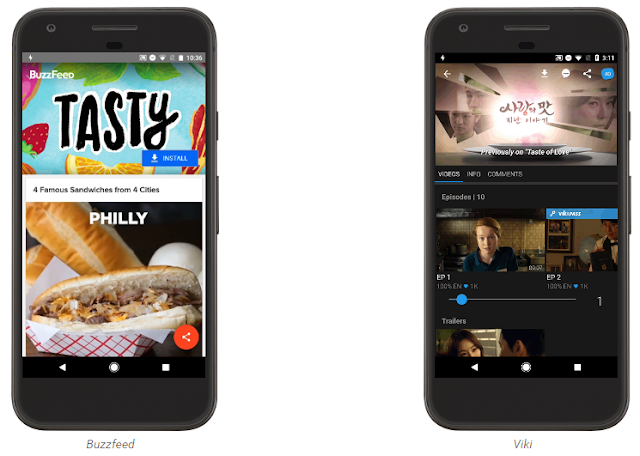 Android Instant Apps was previewed at Google I/O last year as a new way to run Android apps without requiring installation. Instant Apps is an important part of our effort to help users discover and run apps with minimal friction.

We’ve been working with a small number of developers to refine the user and developer experiences. Today, a few of these Instant Apps will be available to Android users for the first time in a limited test, including apps from BuzzFeed, Wish, Periscope, and Viki. By collecting user feedback and iterating on the product, we’ll be able to expand the experience to more apps and more users.

To develop an instant app, you’ll need to update your existing Android app to take advantage of Instant Apps functionality and then modularize your app so part of it can be downloaded and run on-the-fly. You’ll use the same Android APIs and Android Studio project. Today, you can also take some important steps to be ready for Instant Apps development. The full SDK will be available in the coming months.

There has already been a tremendous amount of interest in Instant Apps from thousands of developers. We can’t wait to hear your feedback and share more awesome experiences later this year. Stay tuned!