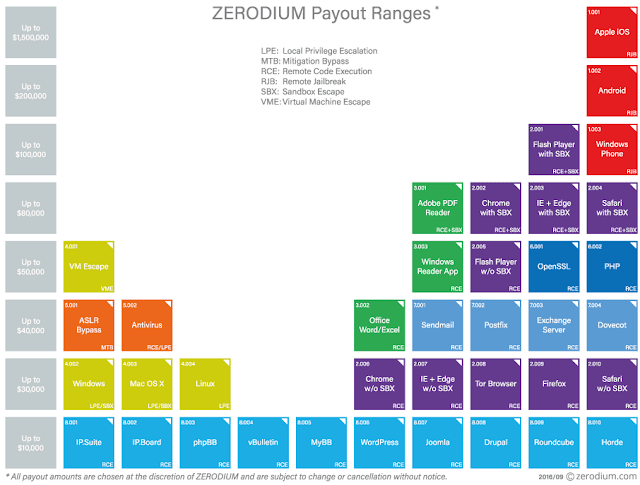 Following Apple's announcement of a Security Bounty Program, Zerodium has tripled its bounty offering $1.5 million for a jailbreak of iOS 10.

While the majority of existing bug bounty programs accept almost any kind of vulnerabilities and PoCs but pay lower rewards, at ZERODIUM we focus on high-risk vulnerabilities with fully functional exploits, and we pay the highest rewards on the market.

Notably, Zerodium previously offered a $1 million bounty for the jailbreak of iOS 9. A team won the money about a month and a half later.

The higher bounty this year may be due to Apple's announcement of its own bounty program which pays up to $200,000 to developers who discover vulnerabilities in its software.