The Science behind Brain Training 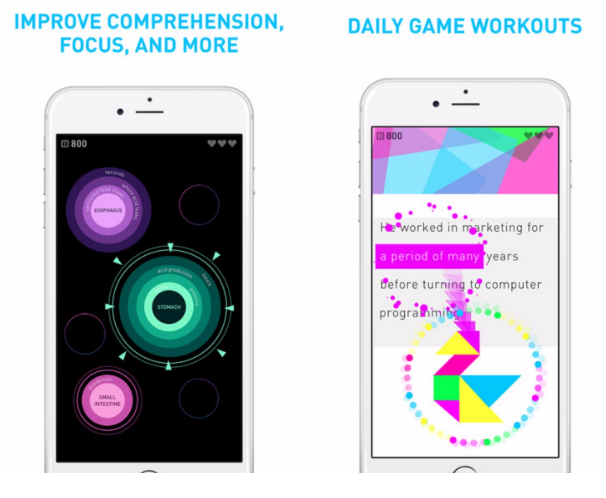 Whether you flex your mental muscles working through the newspaper crossword puzzle, or prefer to spend your downtime playing games designed to expand the mind, brain training companies are always claiming to have found new ways of making you smarter and improve brain function.

As technology has developed, portable games consoles and electronic tablets have become common place in every day society. The majority of the applicable programs on the market are intended as light entertainment, but for those of us who crave mental stimulation, brain training apps - designed to test and improve the capabilities of your brain - have become ever more popular. This article published by The Guardian looks at five of the best brain training apps produced by market leading companies, like Lumosity and Elevate.


Many experts remain sceptical about the benefits of brain training and frequently question whether there is any practical or scientific evidence to suggest it really works. However, in an age where stupidity and ignorance is applauded throughout the media and popular celebrity culture, we should be doing all we can to encourage the practice of brain training, instead of refuting it.


Exercising the mind and keeping your brain active can benefit people in all walks of life.
Whether they are a student struggling with revision, someone looking to stay mentally sharp as they enter their twilight years, or even an athlete looking to reach the pinnacle of their sport.


The professional sporting environment is testament to the power of training. Regardless of which sport a professional athlete performs, the only way they get to the elite level is through practice and repetitive training. The power of an athlete’s brain is vital and one sport which exercises the mind as much as any other is professional poker.


Partypoker recently published a study, entitled Your Brain On Poker, which looked at how the brain functions at different stages of the game and how those functions differ when comparing beginners, amateurs and professionals. The brain maps revealed that – thanks to hours of practice – professional players have higher levels of concentration and patience and can control their emotions a lot more effectively than amateur poker players.


In recent years, creators of brain training games and application have been aggressively targeting the older generation, claiming their applications can help maintain a pensioner’s mental and physical wellbeing. News website Reuters published this article earlier in the year, which stated, “A computerized brain training program (can) cut the risk of dementia among healthy people by 48 percent.” This claim came as a result of a ten year study, the analysis of which was conducted by Dr. Jerri Edwards of the University of South Florida.


2,785 healthy, aging adults were split into groups, with each group asked to use a brain training program aimed at improving a certain aspect of cognitive function – ranging from memory, to speed-of-thought, to reasoning. Dr. Edwards reports that the speed training group showed 33 percent less risk of dementia, compared to the control group. She also found that people who completed 11 or more speed training sessions were at 48 percent less risk for developing dementia over the ten years of the study.


Although this study will be subject to peer reviewing, it scientifically backs up the fact that exposure to brain training programs does have obvious cognitive benefits and can help stave off diseases which result in mental deterioration.


Some scientific communities will still scoff at the results of these studies and try to sweep them under the rug, but there is no doubting brain training can benefit anyone and is an exercise which should be encouraged.