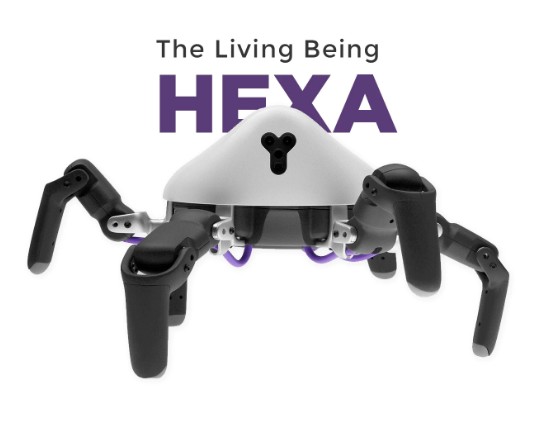 Hexa is an all-terrain hexapod robot. It fits in a backpack. It have a variety of sensors, an open operating system, and an easy-to-use SDK. 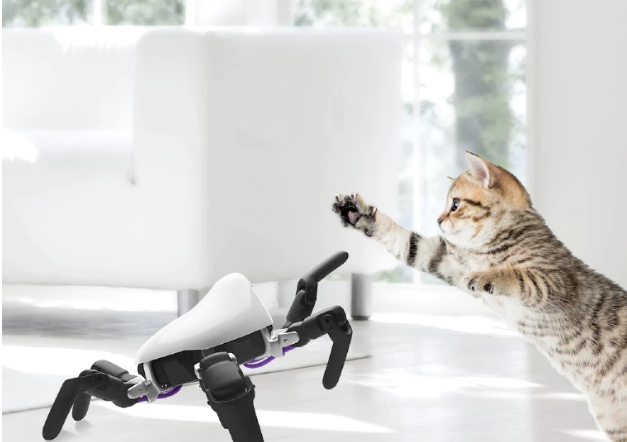 An insect’s six legs represent one of the most classical and practical systems on earth — providing them with the unmatched ability to go virtually everywhere. You might know them as hexapods. As you can see, we're a fan of this system. It is what allows HEXA to move about and adapt to all surfaces, all the time. We're also a fan of the name, of course. 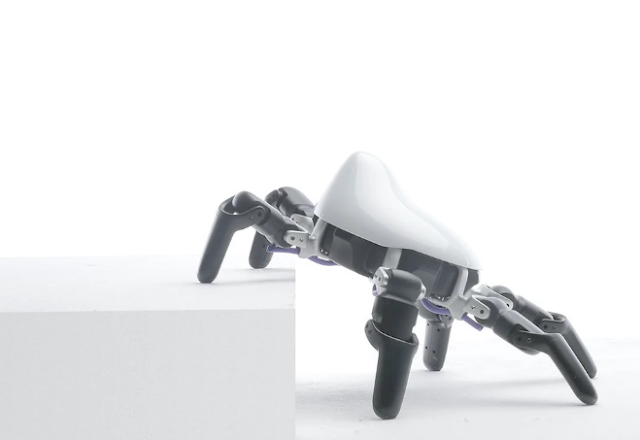 Infinite Rotation Structure: HEXA's six insect-like legs allow it to seamlessly rotate in any direction. Its round body design allows its head to rotate around a center shaft. The result, no matter which way HEXA faces or goes, that's forward.


Its eyes are your eyes.

HEXA's eyes (the camera) support image recognition in order to decipher humans, pets or any other object. It can even distinguish between its owner and strangers. The image it sees is directly transmitted to the display on your mobile phone and VR headset, etc. So what it sees, you see - allowing you to explore places you would not normally be able to go. Night vision is also supported.

HEXA comes equipped with an infrared light that allows it to control all infrared home electronics (TV and AC, etc.). All it needs to do is learn the corresponding codes. This same light can also be used to provide light for the camera in dark environments.


Bats rely on sonar. HEXA prefers laser.
The built-in distance measuring sensor provides HEXA with the ability to measure between 4–60in (10–150cm). This function not only allows it to sense depth of field, it can literally sense the space around it. Or in other words, you never have to worry about HEXA hitting a wall while in automatic mode.


Inspired by the human cochlea.
HEXA doesn't have a cochlea, but it does have an equally impressive 3-axis accelerometer. It's what allows it to maintain balance and stability on complicated surfaces. It's what prevents it from falling off those surfaces.

A wireless charging solution, combined with its ability to automatically return (if installed), brings HEXA back to its charging station when the battery level becomes critically low.


Reach HEXA on your mobile.

Through HEXA App, you can remotely control your HEXA from your mobile phone. You can explore the world through HEXA's eyes. You can connect to it when you are on another continent via the Internet.

You don't have to know a thing about programming to program HEXA's moves. Through the HEXA Simulator, you can simply move your mouse around to design and create all sorts of complicated moves. And then, sync to your HEXA with just one click. 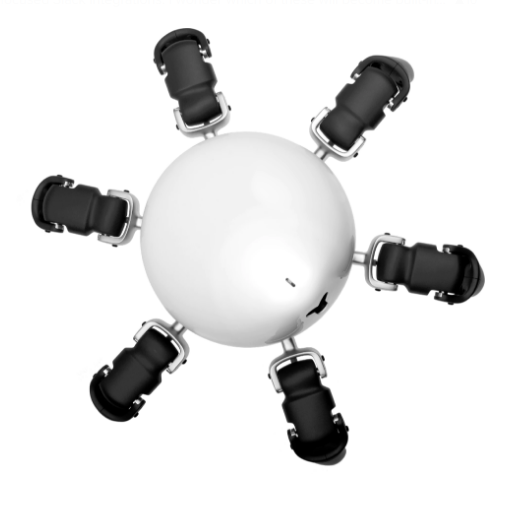