What to Expect From Apple Event Today 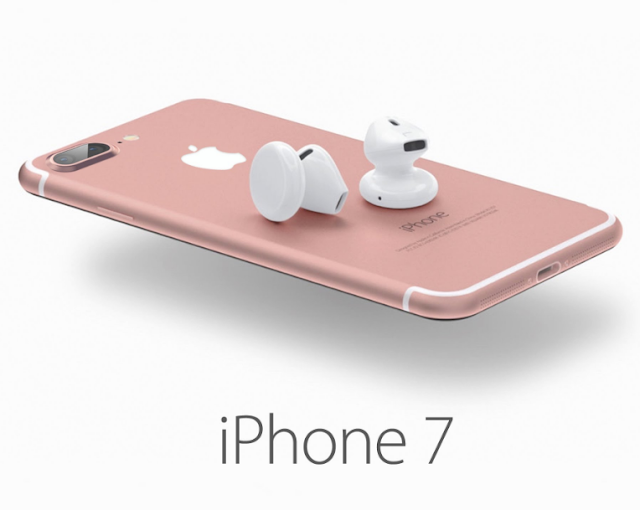 Apple's biggest media event of the year is about to take place today at 10am PT / 1pm ET.

Here's what we can expect the company to announce.


DESIGN: The new iPhone will look very similar to the current generation iPhone 6s but with simplified antenna bands that just run around the top and bottom of the device and not across the back. The rear camera will still protrude out of the device; however, the rear case has been extruded outwards slightly to surround the lens. A recent rumor suggests that the volume buttons will sitdirectly on the chassis rather than in a concave frame but that has yet to be confirmed.

Processor: A10 chip from TSMC that could potentially clock at up to 2.4-2.45 GHz. It may be clocked a bit lower due to heat and power consumption concerns.

Water Resistance: IPX7 water resistance which will let the device survive splashes, showering, and dips in water up to a meter deep.

Headphone Jack: There will be no headphone jack. Apple will reportedly provide both Lightning EarPods and a Lightning to 3.5mm jack adapter in the box.

Speakers: The earpiece receive is set to become a speaker with the addition of a new audio amplifier. This positioning differs from the earlier expectation that Apple would put a second speaker where the headphone jack was and will allow for better stereo sound.

Home Button: The iPhone 7 is said to get a pressure-sensitive click-less home button which will benefit water resistance. Haptic feedback will mimic a clicking sensation when the button is pressed.

Display: Improved 4.7-inch and 5.5-inch displays will make use of wide color technology developed for the 9.7-inch iPad Pro.

Camera: The iPhone 7 Plus features a dual 12-megapixel lens camera. One is a wide-angle camera with larger pixel sizes, a 6P lens, and optical image stabilization, the other is a telephoto lens with smaller pixel sizes and a 5P lens. The iPhone 7 will just have a single lens camera but it is noticeably larger and will likely see a megapixel bump as well. A recent reports alleges that the iPhone 7 will be able to record 4K video at 60 fps.

Flash: The rear camera flash will be upgraded with four LEDs (two cool and two warm) and a new ambient light sensor for better image quality.

FeliCa: Apple is planning to bring support for FeliCa, a mobile tap-to-pay standard developed by Sony, to iPhones in Japan.

OS: The new iPhones will of course be running iOS 10. The new software iOS 10 features a huge update to Messages that delivers more expressive and animated ways to message friends and family, like stickers and full-screen effects. iOS 10 also introduces the ability for Siri to do more by working with apps, redesigned Maps, Photos, Apple Music and News apps, and the Home app, a way to manage home automation products in one place.

Availability: The iPhone 7 should become available for pre-order on September 9th and be released in stores on September 16th.

Apple will unveil a second generation of their smartwatch at the event.


Design: The Apple Watch 2 is expected to keep the same design as the first generation smartwatch; however, Apple may unveil new straps or configurations.

GPS: The new watch will reportedly be equipped with GPS to allow for accurate workout logging and gain the ability to tracking swimming.

Battery: The new Apple Watch 2 battery is allegedly more powerful at 1.28 WHcompared to Apple Watch 1 which has 0.98 WH. It's also significantly thicker.

Display: The LCD is noticeably thinner to accommodate a thicker battery.

OS: watchOS 3 will bring instant launching of your favorite apps, new performance and navigation enhancements, and tools for fitness, graphics, media and more.


AirPods: Apple could unveil a new set of wireless earphones called AirPods that feature a custom Bluetooth chip and will target a higher end market than Beats by Dre.

tvOS 10: It's likely that Apple will release tvOS 10 alongside iOS 10 and watchOS 3. The updated Apple TV firmware brings new Siri capabilities, single sign-on for Apple TV, and a much improve Apple TV Remote app. Expanded Siri capabilities enable users to search across more apps, YouTube, and even tuning right into live channels. Single sign-on lets customers authenticate all their video channels from their pay-TV providers by simply signing in once instead of singing in separately to all the apps.

macOS Sierra: Apple could announce a release date for macOS Sierra today or it could save that for another fall event which would see the company update its Mac lineup. The new version of macOS includes new features that Apple says make your Mac "smarter" and more "helpful" than ever. Siri is finally headed to the Mac, letting users easily find documents are look up information. A new Universal Clipboard allows you to copy content from one Apple device and paste it in another. Apple Pay is also coming to the Mac so that you can easily hope online with Touch ID authentication. Finally, Photos has been improved with new ways to rediscover your favorite memories.