Has The Internet Killed Off Traditional Fishing? 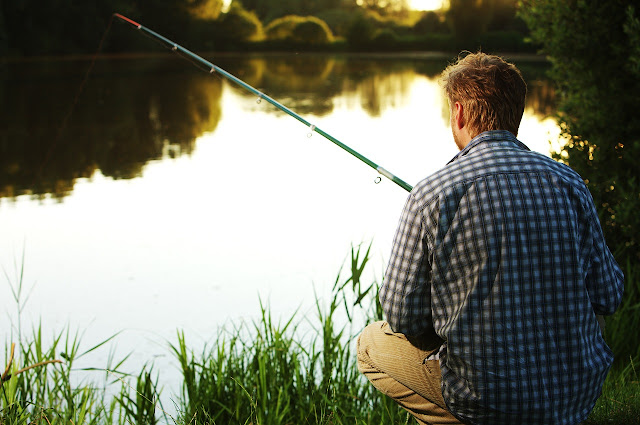 Technology Threatens The Quality Of Traditional Fishing An exploration into how technology such as rod monitors and alarms as well as social media platforms are threatening the core values of traditional fishing.

In the words of President Herbert Hoover, “all men are equal before fish”. The sport is based on the relationship between man and the natural environment. Anglers do not need to be particularly athletic to be good at their activity, but many possess the primal urge to be a part of nature and to catch their own meal. Others simply love the tranquillity that fishing offers – pitching up to a beautiful setting either in solitude, pairs or small groups to cast a line and waiting in anticipation for the possibility of a catch.

Fishing offers an excellent opportunity for bonding. Many adult anglers have been enjoying the activity since childhood and can remember many a fishing trip with a parent or other close relative. They’re nostalgic for the hours sat next to the water waiting patiently for that tug on the line, whilst indulging in deep conversation intermingled with comfortable silences.

Sadly, fishing traditionalists have become frustrated by the introduction of technology into the sport. Of course innovation has always been part of fishing to some degree and improvements in quality tackle have always been welcomed. Yet the existence of devices that monitor rods and set off alarms so that so-called ‘anglers’ can wander around whilst chatting on their mobiles or surfing their tablets only serve to infuriate angling devotees. This type of fishing can only be described as a passive commitment to the sport.

A Youtube video promoting a wireless bluetooth fishing float has caused outrage in the fishing community. The ad depicts a group of youngsters setting up some tech next to a lake and having a party complete with music, dancing and beers whilst the rod technology does all the work for them. Wireless bite alarms with a range of over 100 metres so that you can have a rest whilst waiting for a catch are widely available. Is this really fishing? Of course there is an argument for inventions like these deserving their place in the industry. Those who fish professionally put in more than enough hours of traditional fishing, so should be able to appreciate modern enhancements to make their work a little easier. It is their livelihood after all.


The Role Of Forums

Fishing enthusiasts are also increasingly frustrated with the role of the Internet in promoting their favourite uncrowded fishing spots. They believe that their enjoyment is being ruined by the spread of fishing location ideas on social media and forums. Their solitude is lost as carloads of anglers arrive on the scene due to an Internet tipoff of where the bite is hot. Those that follow the forums are being depicted as lazy anglers who don’t just spoil the solitude of more established anglers, but also reduce the chances of them acquiring a decent number of catches. Of course, the irony is that the very place anglers choose to complain about the increase in technology is on the Internet, so perhaps it does have its advantages after all.

Some will always feel threatened by modern inventions but the web is also a great place to gain great fishing tips and knowledge about the importance of quality tackle and equipment which make a fishing trip more enjoyable as a result. Let’s hope that those in the angling community can find a way to compromise and make the most of advancements in technology without feeling that the core values of their sport have been lost.