What We Learned From Microsoft's Future Decoded Event 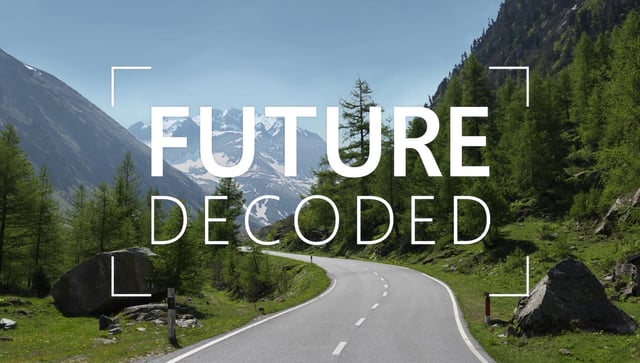 Microsoft’s ‘Future Decoded’ Event was a hugely anticipated date in the diary for more than 10,000 business and technical visitors who attended the conferences at the ICC suite of the ExCel centre in London. The event was held over two days – Tuesday 10th November was the Business Day for Enterprise, Partner and SMB audiences, whilst Wednesday 11th November was the Technical Day for Developers and IT Professionals, although many attendees chose to visit the conference on both days.

The main aim of the conference as a whole was to discuss and introduce ideas for technology’s role in the future of business, as well as presenting innovative developments from the Microsoft camp.
Microsoft’s mission is to…”Empower every person and every organisation on the planet to achieve more.”


Highlights From The Business Day

Presentations, roundtables and demonstrations aimed to answer one key question on the first day of this Microsoft conference, which was ‘how has the harnessing of digital technologies transformed business productivity?’

Following the success of his talk last year, Satya Nadella who is the CEO of Microsoft, discussed pioneering technologies such as machine learning and intelligence cloud services, which are thought to be going to revolutionise the way we carry out business.

“Start small, think big. Develop a proof of concept to test ideas, be prepared to fail but learn from the experience” was the theme for the small to medium sized businesses in the audience.
Other impressive names on the keynote speakers list included:

Business Day of the event, including Objective IT who have been a partner since 1992 and are also a Microsoft Gold Integration Partner. Other partners such as JustGiving and Trainline held talks which focussed on the success of their own move to the ‘cloud’.


Highlights From The Technical Day

Those who are attended the technical day were truly inspired by the latest developments from the Microsoft Surface platforms and the Microsoft Research Cambridge team.

Executive Vice-President of the Microsoft Cloud and Enterprise Group, Scott Guthrie began the day by talking about fresh cloud topics such as the Internet of Things, Data and Analytics. He also continued the topic from Satya Nadella’s discussion from Tuesday on machine learning.

There were several breakout sessions in the afternoon on subjects such as Windows 10 apps and an interesting speech on Javascript language, which was entitled ‘Innovation vs Impatience’. However, the highlight for those visiting the conference on Wednesday was undoubtedly the closing keynote speech which was given by renowned UK physicist Brian Cox and Microsoft Senior Researcher Krysta Svore (pictured). They explained the complexities in the technology behind the super-speedy ‘quantum computer’ which completely confused what we thought we already understood about binary, in that bits can simultaneously be both 0 and 1.

As with all Microsoft hosted events, there was an opportunity to do some serious networking throughout the day and of course all IT professionals who attended the conferences found themselves attempting to decode what the future of technology means for their own business requirements.


Author bio:
Karen Harding is the marketing manager at Objective IT, one of the South East’s leading web and software development companies.