How can a Trade Secrets Lawyer in Houston Protect a Business's Practices? 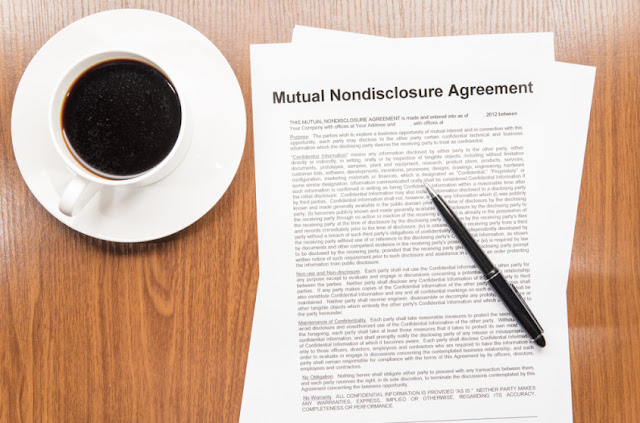 On 2 May 2013, Texas Governor Rick Perry signed a new law into operation, titled the Texas Uniform Trade Secrets Act (TUTSA). This was created to help enhance understanding of which trade secrets are protected and how businesses falling victim to a breach can deal with the fallout of this.

Since then, businesses of all sizes operating within Texas have been able to look to TUTSA for clearer guidance on what constitutes a violation of the law, as the previous regulations had been viewed as too confusing in the past.

Before we look into this a little deeper, however, it's important to determine what trade secrets are, why they need to be protected, and how the law concerning them works.

The Basics of Trade Secrets


The Uniform Trade Secrets Act has always defined a trade secret as:

“information, including a formula, pattern, compilation, program, device, method, technique, or process that derives independent economic value, actual or potential, from not being generally known to or readily ascertainable through appropriate means by other persons who might obtain economic value from its disclosure or use, and is the subject of efforts that are reasonable under the circumstances to maintain its secrecy.”


As you can see, this is fairly complex. The UTSA is upheld across 40 states, and six elements usually used to determine whether or not a piece of information can be regarded as a trade secret.

Key Factors to Consider Before Hiring a Trade Secrets Lawyer


When a claim involving the misappropriation of a trade secret is made, there are three essential factors: the secret'(s) holder must establish that they took adequate precautions to safeguard it; the subject matter of the information must be the kind the trade-secret act was created to protect, outside of common knowledge; and, finally, the holder of the secret must be able to prove that the accused took the information wrongfully.

However, using a trade secret that belongs to someone else does not necessarily qualify as misappropriation – using a secret is illegal in two types of situation: when it involves a breach of confidence, and when it is taken through improper methods.

Taking trade secrets through reverse engineering, independent discovery, and unintentional disclosure due to a lack of proper protection is legal. Taking them in unlawful ways is classed as unfair competition, and may qualify for a claim.

No Time Limits on the Trade Secrets Act


How long do trade secrets last, from a legal perspective? Whereas patents last for a set number of years, secrets remain under permanent protection – until, that is, the secret is disclosed in public. When a person or persons invent something, whatever it may be, if they patent it, the law requires that the means of reproducing it must be disclosed publicly in order to hold a limited monopoly over it.

This means that the inventor(s) will have to choose between trade secret protection (in which case, only they could hold the means of production, and miss out on patenting it), or they can patent it and make knowledge of their process public. Both laws cannot work in conjunction.

Misappropriating trade secrets can be a federal crime, and Congress created the Economic Espionage Act in 1996 to protect against economic espionage.

A business in Texas may be able to hire a trade secrets lawyer on different grounds than those in some other states, due to specific amendments made to the UTSA. The Lone Star State's law features an extension of the basic act, and is defined as:

“information, including a formula, pattern, compilation, program, device, method, technique, process, financial data, or list of actual or potential customers or suppliers, that: (A) derives independent economic value, actual or potential, from not being generally known to, and not being readily ascertainable by proper means by other persons who can obtain economic value from its disclosure or use; and (B) is the subject of efforts that are reasonable under the circumstances to maintain its secrecy.”

The highlighted section is the new addition, which covers financial data and information pertaining to potential suppliers or customers – this is not protected in certain other states, such as Florida. This provides extra reassurance and protection to businesses depending on a limited range of customer profiles and which may see serious loss of revenue if such information was misappropriated by a competitor to poach clients.

For businesses operating within Texas which believe they have a case, they can find information on hiring a trade secrets lawyer in Houston, Dallas, and San Antonio here. Depending on the circumstances, the TUTSA may allow them to bring proceedings against a competitor or other individuals on grounds that other states would not recognize.