Injured at an Amusement Park? How to Handle the Park’s Doctor if You Think They’re Understating Your Injuries 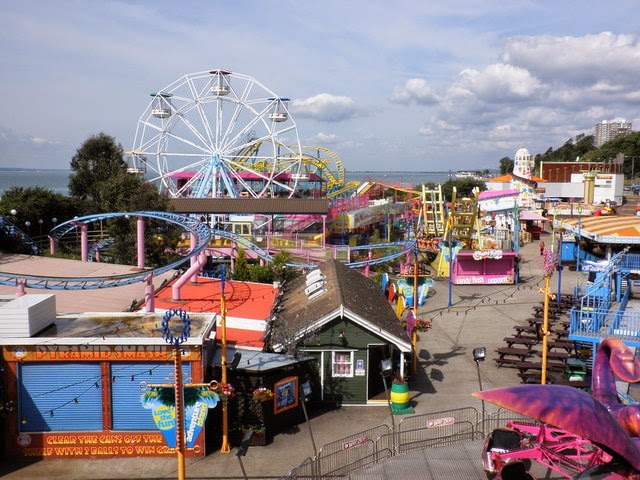 Getting injured at an amusement park is most certainly a very unwelcome event at what is supposed to be a fun day out with friends or family. To make matters worse, not only are you forced to cut the day short so that you can see to the injury, there’s also the hassle and costs of taking the injured party to the doctor. However, they’re not the only ways in which you can be made to suffer in this sort of scenario. If you are met by the park’s doctor to assess the injuries you’ve suffered, there’s a chance that they’ll understate how serious they are, so as to reduce the chances of a lawsuit.

It’s actually depressingly likely that the park’s doctors will deliberately lie about the state of your injuries, so that if you decide to take it to court, the park’s representatives can either limit the amount they have to pay, or even have the case dismissed. However, there are ways you can spot that sort of thing, and avert it when you do.


Acquire as Much Evidence as You Can

And get it as quickly as possible. Ideally, as soon as the accident occurs. This is a good practice for any lawsuit case, as you will need to provide evidence in court about the extent of injuries and damages suffered. Take photos of the injury before and after treatment, and make sure that they display the time and date that they were taken. If it’s possible you should take a photo of whatever caused the injury as well. Nothing is more damning than a safety harness that’s clearly busted, or a puddle of water with no Wet Floor sign.

Get testimonials and witness accounts too. If anybody witnesses the accident, ask for their contact details, or whether they’d consent to giving a statement about what they saw. Try to get something from park staff as well. If you can get a ride operator to say something like “Jeez, that’s the fifth accident this week”, you’ve struck gold. Even if the doctor tries to pass off an injury as minor, you have strong evidence that there is a serious danger and that the park should be held accountable.


Ask Lots of Questions of the Doctor

If you think that the park doctor may be understating the injuries that you’ve suffered at the amusement park, then don’t just take their word for it. Ask them lots of questions. Quiz them consistently. Are you sure about that? Well, what about this symptom? Then why does that happen? Can you explain what you mean by this thing?

Don’t give the doctor time to think. He should be able to answer any questions you have quickly and confidently, if he’s being honest about them. If he becomes flustered or starts contradicting himself, then something is most definitely up. If you suspect he’s trying to pull the wool over your eyes, you should quickly be able to tell.


Get the Park’s Doctor’s Statement in Writing

Should you suspect that the doctor is indeed lying about your injuries, ask for a statement in writing. This is effectively a written testimonial that confirms that the doctor has made a diagnosis about the extent of your injuries. Get it timed and dated as well. Keep a tight hold of this, as it will be valuable evidence later in court.

The most sure-fire way to discredit a park doctor’s assessment of an injury is to ask another doctor, preferably two, for a second opinion. As they’re not affiliated with the park, they’re more likely to give an honest diagnosis on the severity of any injuries suffered there. Try to do this as close to the day of the injury and the park’s diagnosis. Once again, ask for them to provide a time-stamped statement in writing. If what they have diagnosed contradicts what you’ve been told by the park’s doctor, this will pretty much speak for itself.

If you’re not sure you have a case, or you do have one but don’t know how to proceed, you should contact a personal injury attorney as soon as possible. They can inform you of any laws or ordinances that may be able to help you win your claim, and may even offer to represent you in court if they think it helpful. If in doubt, don’t be afraid to ask your lawyer or go to heil-law.com. Many law offices will offer free consultations or will work on a contingent fee, meaning that if you don't have a case, you don't lose anything for having sought the advice.


Author Bio:
Christian Mills is a freelance writer and family man who offers practical advice on a variety of issues affecting family life and the home.