How to Prevent Rust From Destroying Your Used Car or Truck 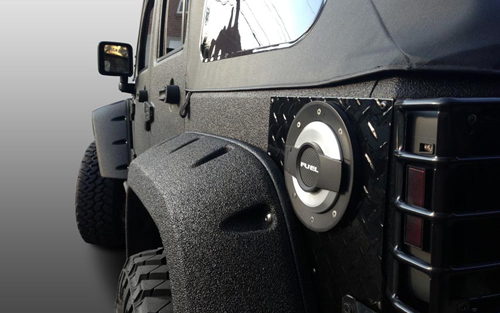 Rust is the silent killer that can send your truck to an early grave or destroy its resale potential; here are a few tips on how to identify, prevent, and treat rust.

Trucks endure more heavy-duty abuse than any other commercially available vehicle on the road, yet more often than not, it’s a mere chemical reaction that sends these lumbering mechanical beasts to an early grave.

But it isn’t just any chemical reaction that can take down the most durable of heavily, or lightly used trucks alike; it’s what we non scientific-types call rust.

A chemical reaction, you say?

Rust is a general term for the oxidation caused by the electrochemical breakdown of iron-based metals. Rusting occurs when molecules on the surface of an iron-based metal react with oxygen and produce a new molecule called iron oxide.

Iron and steel carry with them the potential to be completely reduced to iron oxide, given enough time or exposure to oxygen. So unless your car is in outer space, rust is something you need to be vigilant with if you intend to own that truck for more than a few years.

How fast does rust eat through these metals?

If untreated, raw sheet metal can rust right though within a handful of years. Pure iron doesn’t oxidise as quickly as modern manufactured metals, where rust makes lunch out of the chemical impurities within metal alloys at a molecular level.

But due to a number of factors, iron isn’t ideal for truck manufacturing and other engineered metal alloys are used in its place. These alloys while more susceptible to rust also provide a number of structural benefits such as their flexibility, tensile strength, and ability to be shaped during the manufacturing process.

How can I identify rust?

In order to identify rust, it’s important to understand the diverse variety of ways rust can manifest itself on a used truck.

Rust can be identified quite easily, as a bright red coating to metal is pretty obvious, as are holes. However, often times rust grabs hold of a truck in ways unseen to the eye.

In these cases it is important to be aware of the symptoms of rust; driving over a puddle, when suddenly the carpet on the floor of the cab of your truck is wet –or rippling in truck paint, is often when rust is tucked away under cover.

These hidden forms of rust cause the most problems because they often go untreated until it’s too late, and you’re seeing holes.

How do I treat rust?

Just like a cancer, simply get rid of it. Cut it out, sand it off, sandblast it, or use chemicals.

Mechanical scraping, sanding, or rigorously applying steel wool to rust will shed it off the body of your truck, while chemical baths of phosphoric, sulphuric, hydrochloric, or oxalic acids can all work to remove rust from metal. You can also heat it up with a flame to make it gently powder off like dust.

What about rust prevention?

Rust can be costly to remove and repair, so an ounce of prevention could save your truck, and preserve its value for resale. Keep an eye for any abnormalities in paint, and be sure to get all areas not visible to the eye treated with rust-proofing chemicals, such as the under body and frame of your truck.

We suggest regular rust spot-checks, and annual “rust proofing” to ensure that your truck stays free and clear of rust damage.