How Both Natural And Synthetic Rubber Are Processed 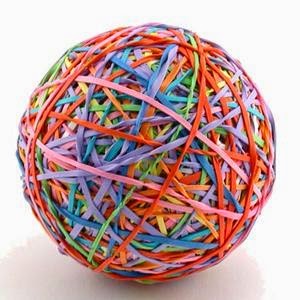 In past generations, rubber played an important role in product development, from rubber ducks to car parts. From the early 19th century, for example, rubber ducks became an endearing toy. It did not matter that in later years, it was actually made of polyethylene plastic. In fact, in 2001, Queen Elizabeth displayed of these irresistible, squeaky ducks in her bathroom.
One question many ask is how rubber is made? With the advent of YouTube videos and the ability to find a variety of information on the Internet, many are learning so much, but at the same time, intelligent questions arise. These questions range from: “What is rubber?” to “How is rubber processed to create the products used every day?”
What is Rubber?
In order to really address how rubber is made, it is necessary to understand what it is.
Natural rubber (latex) comes from natural rubber trees predominantly found in South and Central America. From the early 17th century, according to the International Rubber Study Group, this natural substance was used to make shoes and waterproof materials. The problem with latex is that when you put it under intense heat, it grows soft and breaks up. For example, if hoses were made entirely of tree sap, if left in direct sunlight, they will eventually break down until they are no longer worth using.
Synthetic rubber, on the other hand, is created using raw materials such as acetylene, natural gas, coal, petroleum and oil. Through taking these materials and changing their composition, it is possible to create a substance similar to the natural tree sap, yet much more resilient. The most common material, known as SBR, closely resembles natural rubber and is used to make tires or tracks.
Processing Natural Rubber:
How Stuff Works states that a majority of natural rubber comes from trees that are native to Latin American countries. When Columbus and others explored tropical areas, they brought these trees home to transplant. Other countries, such as Southeast Asia and Africa, also have transplanted trees to produce rubber. Some of the Latin American trees are “hevea braziliensis” (used most commonly for commercial products, one of the best trees for producing rubber, and found in Brazil), “hevea guyanensis” (first discovered in French Guyana), and “castilla estastica” (the Panama or Mexican rubber tree). The trees that have been transplanted include “ficus estastica” (located in Malaysia and Java and used as a houseplant), “funtumia elastic” (found in West Africa), and “landolphia owariensis” (found in the Congo basin).
The process itself begins with the tree which must be at least 6 years old before it is economically worthwhile to extract its sap. Following is how this process takes place:
1. The person who wishes to collect sap cuts a thin strip of bark diagonally from the tree. This makes it possible for the latex (a milky colored fluid that forms into rubber) to rush out of the bark.
2. This fluid flows downward and fills a bucket (offering up to 1 gallon of sap) at the base of the tree. It will take approximately six hours for the latex to top dripping.
3. By the following day, there is enough sap for the tree to be cut again to harvest the sap.
4. After this process, the latex is spread out in thin layers to dry. Production companies purchase latex fluid, fill large drums with it, and export it for processing.
5. These companies smoke sheets of this rubber, adding acid to make clumps. To remove any water, they roll them into flat sheets, dry and smoke them, and send them out for further processing.
6. In order to chemically treat the rubber, low temperatures are used. This process is also known as creating prevulcanized latex. This makes it easier to export and change to more standard rubber through a gentle process of heating.
Processing Synthetic Rubber
Like natural rubber, the synthetic rubber polymers are made into clumps and dried in order to export them. The petroleum based chemicals used to make this rubber are created at the manufacturing plant. The synthetic rubber is rolled into long sheets that are then made into strips that are used for processing and molding.
Extrusion: With this process, the synthetic substance is mechanically heated and mixed in an elongated chamber and pressed through a small opening. It is chemically treated at low temperatures and often the resulting “cured” rubber is made into large strands to be used in compression molding.
Injection Molding: Strips of rubber are mixed and heated in a chamber and high pressure is used to force it into a mold. Instead of using chemicals, steam is used to vulcanize it and then it is cooled and removed from its mold.
The most popular types of synthetic rubbers include:
Neoprene: This product is used to insulate diving suits.
Silicone: This rubber is very light weight, flexible and is most widely used in medical devices. Due to its flexibility, it is often used for breast implantation.
Latex: Named after the sap gathered from rubber trees, synthetic latex keeps the milky white color of the sap. In order to make this latex, polysulfides are added and it is treated at low temperatures for a long period of time. Since this process is slow, there is time to add dyes to the mixture to develop rubber in a variety of colors.
Our lives are touched in several ways with the wonders of rubber, whether it comes directly from trees, or other substances are used to create stronger versions that can be used in cars, medical products and even toys. Only the best rubber products are used to ensure durability and long lasting stability.

Author bio:
Mac Brewster has been working in the rubber industry for many years and wanted to share how rubber is manufactured and produced with his readership.