Are Holograms The Future Of Video Conferencing? 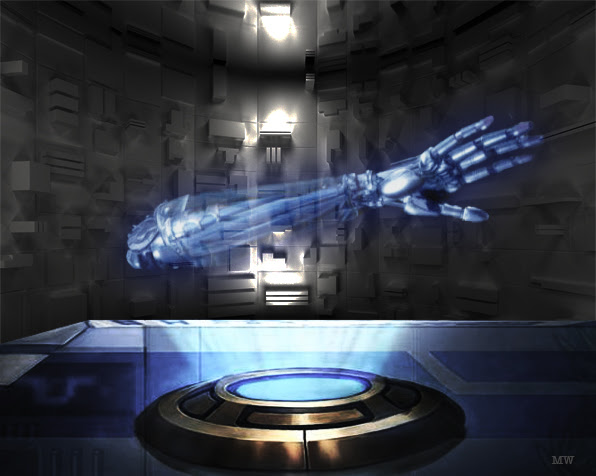 
Travel costs have increased substantially in recent years, and more and more businesses are looking for ways to cut down on the amount of time their employees spend on the road. Reducing business travel doesn't just save money for businesses; it helps to minimize their carbon footprint too.

Video conferencing is arguably the most effective remote meeting tool available today. It allows workers to talk "face to face" even if they are thousands of miles away, preventing the kinds of misunderstandings that are all-too-likely when you limit yourself to text, or even voice communication.

Almost As Good as Being There

Video conferencing is effective, but it isn't quite the same as "being there". 3D video calling technology is in the pipeline; increasing number of televisions, monitors, and laptops are being sold and bought with 3D capability built in, which makes the move from 2D to 3D video conferencing seem a natural step.

However, exactly how popular 3D conferencing will be remains to be seen. There are several barriers to entry with 1080p in full 3D. Firstly, this 3D requires far more bandwidth than a traditional 2D image at the low resolutions used by older webcams. Even in the UK, many home users simply do not have the upload bandwidth to send such high detail images. Only users with ultra-high speed broadband or very good 4G reception would be able to make use of it.

Another barrier, especially in the workplace, is the requirement for 3D glasses. There are some glasses-free 3D screens, but they are far from the norm. One reason that video conferencing is popular is that people can see each other's facial expressions, including the eyes. If everyone is wearing 3D glasses, this vital element of nonverbal communication will be impaired.
In addition, the active 3D glasses favoured by NVidia 3D vision make it difficult to use non-3D monitors, because the glasses flicker while they are active. This would make multi-tasking while on a conference call rather difficult. If someone needs to make notes, check their calendar, or send an email to another caller, they would not be able to do this using a standard monitor.

Are Holograms The Answer?

For most people, 3D is just a gimmick. It's spectacular when dinosaurs leap out of the screen, or you can see bullets "coming right at you", but seeing day to day things in 3D is not so impressive. A 3D video of someone sitting in front of their desk, talking to you, offers no real benefit over a 2D video of the same, but it costs more to create, and consumes more bandwidth. Holograms, however, are far more interesting.

Imagine being able to see a full holographic projection of the person you're talking to. If the hologram is high quality, then it would look like they were right there in the room with you. This would have applications far beyond simple meeting-room style video conferencing. A true 3D hologram, visible from all angles, would have applications in the remote training or education sector too. Videos are a good teaching tool, but when you are teaching complex physical movements, a single viewpoint is not always sufficient. A real holographic projection would allow your students to move around to get a better view, just as if you were in the room with them.

Sadly, most "holograms" that are available today are not real holograms. Rather, they are very realistic looking projections. They work well from a distance, but would not work in your living room or an office meeting room. We're still many years away from the holograms of the Star Wars era, but technology is advancing at a rapid pace.

Some of the most well-known holograms of the last few years include the "virtual pop stars" of Japan, the “resurrection” of deceased rapper Tupac by Sand Diego company AV Concepts, and Pepper's Ghost from Disneyland's haunted mansion.

Tupac was "brought back to life" using projected video footage. The star's image was projected onto a piece of foil, and several angled mirrors were used to put that projection on-stage. Pepper's Ghost relies on a similar technique, with hidden mirrors being used to "project" the ghost's image. These effects only work in the dark, or from a distance.

The Future is Almost Here

One company that believes that they are close to developing real holograms is Media Lab. They believe that within a year they will be able to create something close to the Princess Leia hologram seen in Star Wars. Unfortunately, the projector required will be far bigger than the one that went inside R2 D2, but they believe that miniaturization will be attainable.

Once holographic technology becomes affordable, it will open up many new possibilities for businesses and organizations of all sizes. Lord Mayor Stephen Yarwood of Adelaide, Australia has expressed an interest in using holograms to show off visualizations of cities. He believes that immersing people in a 3D rendering of a city would be much more effective than showing them a miniature model. That's a big dream, but it could one day be possible.

There will always be some tasks that need to be executed face-to-face, but making video conferencing more personal is a big step forward, and it is something that we should strive for. Today, we have stable, clear and latency-free video and audio, and adding an extra dimension to that - through 3D or holographic projection, is the next logical step.

Author Bio:
Amy joins us to share her musings on the future of video conferencing from Maintel; experts in videoconferencing and mobile telecommunications solutions.
Amy specialises in online marketing and has been working with Maintel since early 2011. She can be found on Twitter.