Sunday, December 22, 2013
The festivities have begun and the winter wonderland season has emerged, it is that time of the year when the high street retailers pull out all the stops to try and bring us the biggest and best adverts that money can buy. Marketing needs to be spot on and delivered to perfection during the winter holidays as the consumers are saddling up to spend the big bucks on their local high street. The Guardian newspaper estimated that December 2013 would most-likely be a record breaker, with stores predicted to take over an enormous £10bn for the first time in history. So, there’s a lot at stake here and canny marketers know only too well the importance of success for their Christmas advert. But how much planning goes into these festive campaigns– and who are this year’s winners so far? We bring to you some of the leading campaigns and how it is done. 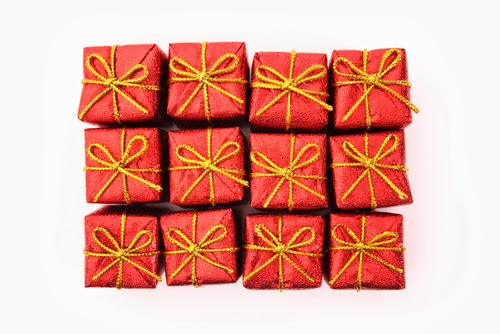 
The first thing to realise about a great Christmas campaign is that it doesn’t start anywhere around the festive season. Some stores are dragging Christmas offers earlier into October way ahead of festive December celebrations and this often means that the poor people behind these marketing campaigns are being forced to get into the holiday spirit earlier and re-target their marketing tactics. Because of this shift in pattern advertisers will find themselves working on their Christmas strategy possibly in summer time just to get ahead of the rush– especially if they’re involved in one of the ‘big’ campaigns.
One of the most-important aspects of a successful campaign is early planning to establish and set goals for the festive season. Marketers need to develop a means for keeping their campaign fresh while simultaneously using tried-and-tested methods of promotion; a tricky conundrum that frequently sees even the biggest retailers’ fall flat. Some of thoughts that go into the campaign are: what offers can be layered into stores; what will be the most-effective use of social media and how can the campaign last beyond the extravaganza of Christmas day itself. These are all questions that need to be factored in, even before videos are produced, posters created and radio jingles are aired.

So, we’ve discussed how Christmas campaigns are conceived and brought to term; but who has come up with the best ideas for 2013 so far? Does anything match the brilliance of the John Lewis/Morrissey collaboration in 2011, or ASDA’s high-octane one-minute 2012 comedy sketch? Here are our winners for 2013:


John Lewis – The Bear and the Hare


An animated parable that riffs on Disney and looks like the Animals of Farthing Wood, the tale of Bear and Hare was a media sensation in its own right. The Lilly Allen song accompanying the video went straight to the top of the iTunes chart and the launch was covered extensively in all major newspapers.
But this campaign was more than just a video. A dedicated website with unseen scenes, a new audiobook read by Lauren Laverne and a YouTube competition are just a fraction of what John Lewis unveiled this Christmas. Smart, brave, complex and beautiful, this campaign was a resounding success by any measure.

Sainsbury’s – Christmas in a Day


Not every company gets to team up with an Oscar-winning director for its Christmas celebrations, and Sainsbury’s have certainly pulled out all the stops to make the most of their collaboration.
Directed by Kevin Macdonald (who directed Last King of Scotland), Christmas in a Day collects real footage sent in by hundreds of members of the public and meshes it into a sort of festive collage that’s been gaining plaudits across the country. Although it’s certainly less-flashy than its competitors it’s also highly-ambitious, and a clear seasonal winner.

Marks and Spencer – Believe in Magic


Expensive, pretentious and not a little bizarre, the 2013 campaign from M&S nonetheless has caused a stir with its unusual take on several children’s classics. From Alice in Wonderland to the Wizard of Oz, there are plenty of references to catch here; all wrapped up in an ad so pricey it verges on the gaudy. Full marks for the glowing coverage in the press though.

Author Bio:
Hannah Connor comes from a marketing background with experience in product development and devising strategies for success. In addition to marketing Hannah is a content writer for the Sainsbury’s team online.