Friday, December 20, 2013
Have you encountered mobile gaming moments when you wished you were playing the game with a computer, with a full keyboard and larger display? Sure, mobile games are convenient as you can enjoy them everywhere but there are games that can be quite difficult to control. These games sacrifice the gaming experience for portability. Also, these games are not suitable for small displays.


The following are some of the reasons why you would want to play a game with a computer (desktop or laptop) instead of a mobile device like a smartphone or tablet. 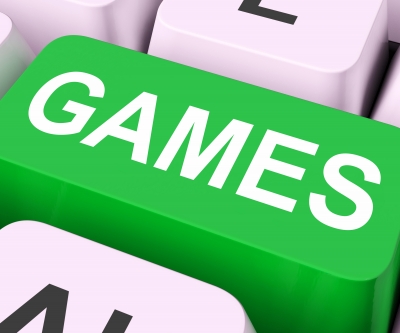 Some games just need to be played on a bigger display because of the amount of details that tend to be less perceivable on a smaller display. Additionally, the user interface becomes too untidy with all the toggles, controls, and indicators occupying the screen. A keyboard and mouse pair also works better for certain games. Console games are may be easily adopted for PC gaming like in the case of http://www.minecraftpc.com/. However, console or PC games being rewritten for mobile devices are often not as successful.

The following, in general, are different types of games that are preferably played on a PC or laptop computer:

On mobile devices, shooter games don’t look that comfortable. In most cases, the effort to make the user interface compact results in clutter or an untidy setup that it would seem that your thumbs or fingers always cover a significant part of the game’s visuals. This makes the playing experience less than desirable and not so enjoyable.

Also, if you have been accustomed to shooter games like Counter Strike, you would most likely realize how the lack of a physical keyboard makes it difficult to key in commands or choose new weapons. Controlling movements also becomes unintuitive, especially when you only have thumbs to use most of the time. At most, you can enjoy simple shooter games on the mobile platform but don’t expect an experience similar to enjoying Counter Strike.

There are several games similar to World of Warcraft and other MMOs that been dubbed as good counterparts for the mobile gaming platform. These include Order & Chaos Online, Star Legends, Pocket Legends, Empire Online, Celtic Heroes, Kingdom Conquest, The World of Magic, and Parallel Kingdom. There are reports that claim that World of Warcraft players tend to like Parallel Online as it offers the classic elements of MMOs along with the fantasy storyline.

Whether or not playing these games can be enjoyable to play on small mobile devices is up for debate. However, it can be said that they are incapable of delivering the same amount of fun and immersive gaming offered by full-blown PC games like World of Warcraft. The controls are an issue. The screen size, despite all the resolution improvements, leave a lot to be desired.

3. Fast-Paced Word and Adventure Games that Involve a Lot of Typing

If you are playing something like Text Twist, wouldn’t it be better having a full keyboard to type your letters on? Word games that involve the dragging or tapping of letters may be better with mobile devices with touch displays, but fast-paced ones that involve a lot of letter inputs are generally better for PC gaming. They can be played less frustratingly when you have a physical keyboard.

Scribblenauts has a mobile version called Scribblenauts Remix. It is a one of the best games with an atypical concept. However, even its mobile optimized version can considerably benefit from the use of a full physical keyboard and a mouse. Players will most likely appreciate the convenience of inputting words with a keyboard and controlling the characters with a mouse for speed and accuracy.

These are just generalized observations. They are not in any way trying to convince you that the games mentioned above should only be played with a PC. If you think you enjoy your games despite the small display, the lack of a keyboard and mouse, and the need to stop playing to recharge your device, by all means, you should do what you think satisfies your gaming needs.

Keyna R. is a gamer and a blogger who advocates responsible online gaming. She loves to write about anything and EVERYTHING under the sun!