Friday, November 22, 2013
In one recent year (2009), 19 percent of all fatal crashes involved 16- to 20-year-old drivers who were driving legally drunk, according to the National Highway Traffic Safety Administration. Even more concerning, in 2008 approximately 12.4 percent of minors as young as 12 years old were reported to have driven under the influence of alcohol at least once in the previous year, according to Students Against Drunk Driving. Due to the anti-inhibiting effect of alcohol, drivers under the influence are less likely to use restraints, which accounts for the significantly greater percentage of drunk drivers who do not wear seatbelts, and consequently, who are more seriously injured or killed in those accidents. (Source: http://www.t-driver.com/the-problem/driving-under-the-influence/) 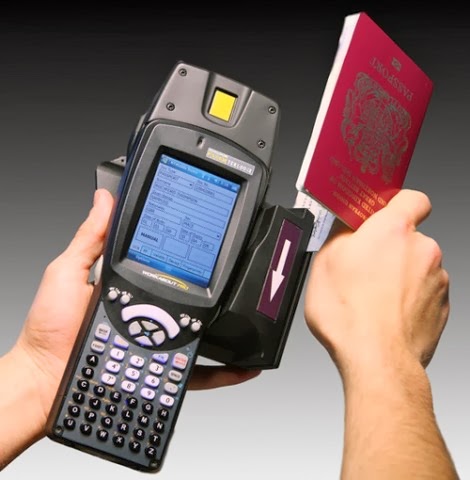 One of the root causes of the problem of underage drinking and driving, is underage access to alcohol. A recent study found that one in five underage college students used or owned a fake ID, commonly to purchase alcohol. (Source: http://www.psmag.com/culture-society/underage-drinkers-and-the-fake-id-11158/) For restaurants, bars and liquor stores that are proximate to (or in) college towns, family vacation spots, or other high traffic areas for minors, having adequate tools to clearly verify the legitimacy of ID cards is0 imperative.

To crackdown on the number of fraudulent IDs successfully used by minors to make alcohol purchases, additional security features (such as barcoding) have been added to drivers’ licenses and ID Cards. ID scanners have been introduced in an attempt to automate the checking process, focusing on the barcode. These scanners, while streamlining the process, can be problematic for several reasons. One glaring example is their inability to verify the accuracy of any ID or license issued in another state. Secondly, they are vulnerable to the more sophisticated fake IDs which have become commonplace (for example it is not uncommon for a scanner to be tricked into thinking the barcode on the back of an ID matches the front of the ID and produce a faulty confirmation). And lastly, they are expensive. Fortunately, ID Guides provide a reliable and low-cost alternative to expensive scanner systems. An ID Guide differs from scanners in some significant ways that are designed to address the full spectrum of ID confirmation and efficiently expose fraudulent IDs when presented. ID Guides display highly-detailed visuals of actual-sized valid licenses and provide key details, such as license numbering systems and other security features. For restaurants, bars and liquor stores, ID

Guides provide a last line of defense against unwittingly selling alcohol to minors and have several attractive features:
• Portable (can fit a pocket, apron, or wherever it’s needed) • Modestly priced enough to have a copy at all entrances or counter areas • Ideal for follow-up review of "fakes" where scanners give no information • Recommended by most ABCs for training and on-premise protection of your establishment • A visual check of the license with the I.D. Checking Guide may detect barcode fraud that a scanner misses If a business opts to use a scanner, as an initial check, it is highly advisable that they also properly train all relevant personnel on the use of ID Guides and establish using them as a “best practice” for final confirmation.

Author Bio:
Dana Lander is the author of this blog post about ID scanners. She is an IT security manager and has worked with various companies to work on a program to help employers and business owners to check id card details. Feel free to connect with her via Google+ for questions.