Wednesday, May 23, 2012
On Sunday the 21st May, the fifth season of Celebrity Apprentice came to a close after Arsenio Hall was announced as the winner. Amongst the celebration of his supporters and the disappointment of those not following him, some spectators considered the real star of the show to be Ivanka Trump, the daughter of real estate tycoon and reality TV star Donald Trump. Ivanka Trump was not one of the original board members of The Apprentice, but her talent and natural aptitude was realised when she filled in for Carolyn Kepcher during the fifth episode of The Apprentice. This article outlines her early life and career, and highlights why she is a firm favourite and asset to the reality TV show. 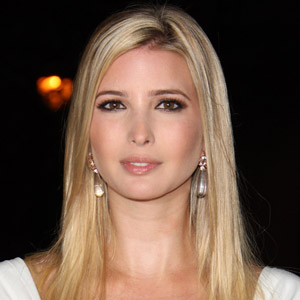 Ivanka Trump was born into a life of wealth and privilege on the 30th October 1981. Her mother, Ivana Trump was Donald Trump’s first wife who not only had gorgeous good looks but excellent business skills to match. Fortunately for Ivanka Trump, she inherited the best in beauty and brains from both her parents. She attended the Chaplin School in New York and later graduated from Choate Rosemary Hall in Wallingford, Connecticut. Her tertiary education was completed at the University of Pennsylvania’s School of Business where she completed a B.S. in Economics with distinction.

Ivanka Trump started off her career by designing and introducing a range of diamond jewellery for Dynamic Diamond Corp.’s first retail store, named Ivanka Trump. Naturally, she became heavily involved in her father’s massive business empire The Trump Organization, eventually working her way up to Executive Vice President of Development and Acquisitions. Ivanka Trump’s involvement in The Apprentice started in 2006 when she appeared as a boardroom member in place of Carolyn Kepcher, who was later fired. Ivanka Trump then became a permanent and much welcomed board member on both The Apprentice and The Celebrity Apprentice. Other television appearances included hosting Miss Teen USA in 1997 and featuring in Born Rich, a documentary about growing up in one of America’s most affluent families. Besides her work in The Trump Organization, she also boasts a successful modelling and writing career.

Ivanka Trump on The Apprentice

Donald Trump’s daughter’s role in The Apprentice and The Celebrity Apprentice is to visit the sites of the challenges and to observe the candidates during their tasks. Ivanka Trump also sits on the right hand side of Donald Trump in the boardroom and questions candidates on their actions. Many will argue that Ivanka Trump is far more entertaining and insightful in her questioning than her father. She has an extremely straightforward approach when questioning the candidates, which is sometimes interpreted as being unsympathetic. Overall, as an individual born with unparalleled advantage in the world, it’s been reported that Ivanka Trump has a remarkable attitude that is without the arrogance and misdirection displayed by so many of her counterparts. So far, she is flying the Trump flag high.

About the Author:
Penny Munroe is an avid writer in business related news and tips. Topics include selecting the best executive suites Oakland has to best suit your business needs to the latest online marketing tips.