5 of the Best Live Games this Winter


Fire Up Your Gaming Engines This Holiday Season 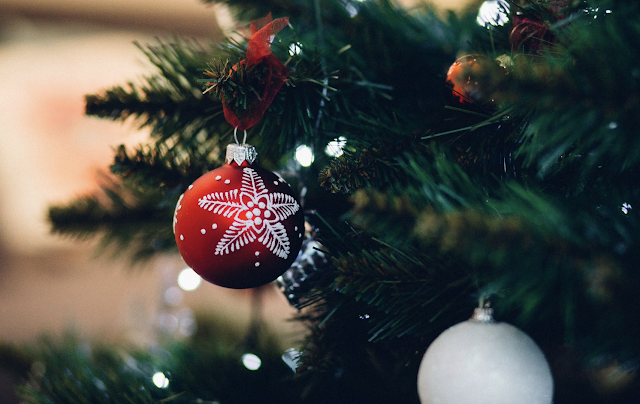 
The air is crisp, the mercury is dropping – you guessed it, winter’s icy embrace has come to town, and it's time to snuggle up and get comfy. As you pick out your favourite fleece blankets, overcoats, and mittens, don't forget to keep your entertainment selection stocked up with the hottest titles. As mobile gamers prepare for the big freeze, it's great to know that there are plenty of awesome winter games available. Our multiplayer winter games countdown begins now!

Are you a battle-hardened gamer? If not, suit up for the ultimate MMO action-adventure game. World of Tanks Blitz is a free-to-play online game, created by the Wargaming Group. It's ideally suited to mobile gameplay, making it the perfect snuggle up & play entertainment adventure for Android and iOS players. This player versus player massive multiplayer online game has been going strong since 2012. With well over 110 million worldwide players, it shows no signs of slowing down, and it also features 7 on 7 tank battles. It is fully immersive, with loaded features such as rapid-fire, bullet-proof tank armor, and high-speed combat. You don't need to spend a cent to enjoy this stellar game, but in-app purchases are available for extra features.

Racing game fans will be thrilled with this interactive game sensation. Riptide GP Racing Renegade was developed and designed by Vector Unit, and is 100% free to play. It is suited to Android and iOS players on all makes of smartphones, tablets and phablets. What's particularly notable about this game are the HD audio-visuals, world-class backdrops, and variety of racetracks. Players can also fully customize their vehicles and it's possible to enjoy 8 player or 4 player multiplayer functionality modes. When you're looking to ramp up the Grand Prix racing, Riptide GP Racing Renegade is your ticket to fun.

The World of Warcraft and its many variants routinely rank atop the totem pole of best winter-themed games. These attractions are fully kitted, lock & stock gaming attractions. This turn-based card game by Blizzard Entertainment (apropos for the winter sessions) will have you chomping at the bit. This online card dueling-style game requires players to put together the strongest possible deck of monster cards and then go up against competitors. By 2016, this game clocked up 50 million global players, launching it into the stratosphere of hugely popular card games. Hearthstone: Heroes of Warcraft is not for the faint of heart. This is an action-packed adventure designed for the thrill seekers and intrepid adventurers among us.

Poker needs no introduction to the masses. This 5-card strategy game requires players to form the ranking hand, given a combination of pocket cards, The Flop, Turn, and River. Players typically buy-in to poker tournaments with big cash, but there's an easier way to make bank with free poker tournaments. The world's premier online poker rooms, 888poker among them offer a wide range of free poker tournaments for players to enjoy. These include Texas Hold’em, Omaha, and 7 Card Stud. Free poker tournaments typically require players to register and meet certain qualifying criteria, but no cash buy-in is needed. There are typically hundreds, or thousands of runners competing for glory in these SNGs and MTTs, but many of them sit out hands, or simply close out their browser, making it easier for the dedicated poker aficionado to finish in the money. If you're looking for maximum entertainment value and real money winnings, these tournaments are must-play attractions this winter.

What better place to be in winter than a sunny island? The Witness takes you there, but with a twist. This complex game is packed full of puzzles. Your grey matter will be working overtime to resolve challenges, many of which will utterly confuse you. Luckily, you'll get the hang of it and be wanting for more. Players have to level up, explore new domains, and figure out complicated puzzles. This game plays out on all Android and iOS devices, and is perfectly suited to people who enjoy being challenged. However, if you easily get frustrated, give this one a miss and stick to playing free poker games with lots of fish and easy pickings.