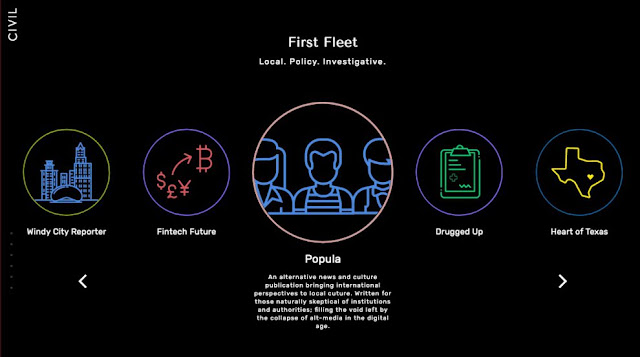 Civil, the blockchain-based system to fund journalism, has raised $5M from ConsenSys and has attracted its first publication, news and politics site Popula

In Civil’s self-governing marketplace, readers may directly sponsor newsrooms, and journalists collaboratively run their own publications. Readers may subscribe to Civil-hosted publications, and will use Civil’s cryptocurrency or “CVL” tokens to sponsor individual journalists, investigations and stories, creating a new collaborative model for the gathering and dissemination of news. Civil’s independent journalism advisory board will govern the platform overall, in order to ensure that fair, objective, professional standards are met throughout the network.