The Urbee 2: A 3-D Printed Electric Car That Can Drive Across The U.S. On 10 Gallons Of Gas

Monday, December 9, 2013
Hybrid cars are nothing new today; especially not with so many of them currently out on the roads. Despite that, one particular hybrid vehicle is catching a lot of attention both from eco-friendly quarters as well as from news outlets all over America. The Urbee 2, a 3D-printed hybrid vehicle, might not look like much on first glance. People tend to perk up when they hear that this little; three-wheeled bean is going to drive all the way across America on no more than ten gallons of gas. 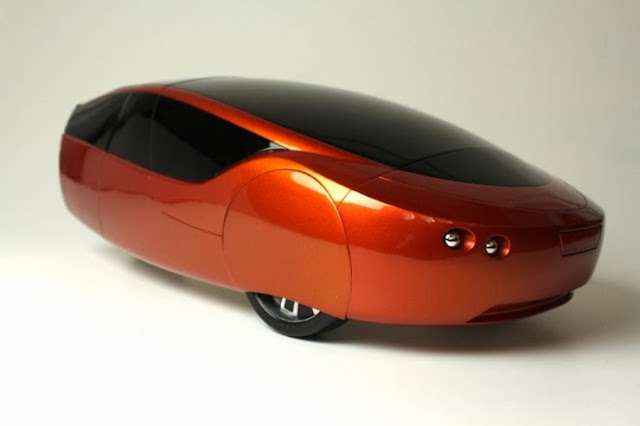 Hybrid vehicles have been considered a drop in the bucket as far as helping the environment and weaning people away from fossil fuels goes. They still use a large amount of fuel overall, and while they help drivers get more distance out of gas, these vehicles have not been considered a viable solution for truly reducing emissions and consumption. If this experiment works out as the inventors and drivers predict though, these truisms about hybrid cars could very well change forever.

This car might not be the most stylish vehicle on the open market, but it will get up to speeds of 70 miles an hour (the fastest allowed on most U.S. highways), and it will have enough room for the driver, a passenger, and a dog. These three individuals, Cody and Tyler Kor along with their dog Cupid, will be going from San Francisco to New York, and then they'll turn right around and make the return trip back home.


Is This The Future of Transportation?

3D printing has been altering a huge variety of different industries. Manufacturing has felt the effects of this technology most strongly, but these unique machines have moved into education, they've altered communication technologies, and now their implications in the auto industry are plain to see. The question is whether or not 3D printing is the next step in automotive evolution, or if it's just a passing fad that will come and go.

On the one hand, if 3D printed vehicles can offer the kinds of fuel efficiency that the Urbee 2 is supposed to have, then there is going to be a significant portion of the population interested in acquiring such a vehicle. While the prototype will be fairly bare bones in terms of features, future models can always be updated with additional technology. In addition to the Urbee 2, there are questions about what other kinds of vehicles could be made with this technology.

While it sounds like the urban legend of the car that ran on water, the Urbee 2 could usher in a new era of cars where high fuel consumption really is a thing of the past. Will mass media and public interest make it impossible to bury the success of this particular endeavor? Or will the public's attention wane as they go back to accepting lesser rates of fuel efficiency than that provided by cars of the future? Only time will tell, sadly, and until then all people can do is watch to see what happens with this car, and other projects just like it.